Listening to songs is a great way to improve your English. And you can learn so much from English song lyrics. Singing along while the song is playing is also great for your pronunciation. But sometimes, what you think is the correct word is actually something completely different.

Have you ever heard something in a song, then later found out that they’re really singing something else? If you have, then you’re a victim of a “misheard lyric”. Try our quiz and see if you can choose the correct answer from these English song lyrics. (answers below)

1 The song is “Smells like Teen Spirit” by Nirvana. Which of the following is correct? 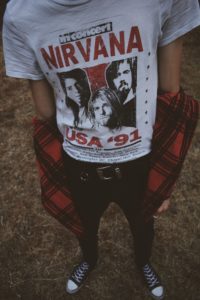 a Here we are now, entertain us.

b Here we are now in containers.

2 In the song “Purple Haze” by Jimi Hendrix, he says… 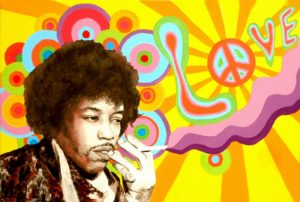 a ‘scuse me while I kiss this guy.

b ‘scuse me while I kiss the sky.

3 Which is the correct lyric for “Hero” by the Foo Fighters?

a There goes my hero. He’s old and hairy.

b There goes my hero. He’s ordinary. 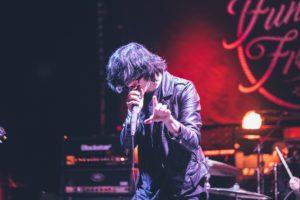 4 Which is the correct lyric for the Red Hot Chili Peppers song “Can’t Stop”?

a Can’t stop the spirits when they need you.

b Can’t stop the ferrets when they need food.

5 In the Shakira song “Underneath your Clothes”, what does she sing?

a There’s the man I chose, there’s my territory.

b There’s the man I chose, there’s my Teletubbie.

6 What do the Beatles sing in the song “Something”? 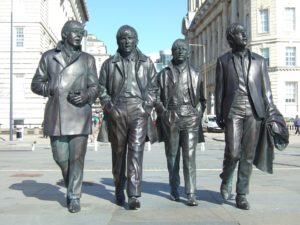 a Something in the way she moos attracts me like no other mother.

b Something in the way she moves attracts me like no other lover.

a …your hand brushes mine…

b …your hairbrush is mine… 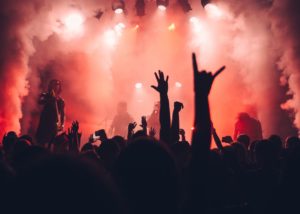 The most famous misinterpretation of an album name is Bohemian Rhapsody by Queen. Many people think it’s called Bohemian Rap City.