This is a sample from our popular book, Practise English Conversation, check it out here 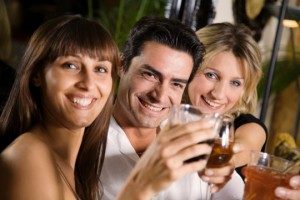 1 Listening I
You’re going to listen to a conversation between two people who have just met at a party. Listen once. Do they talk about any of the things you thought of for the Pre-listening activity? Remember, it’s very important that you listen once without stopping to try to get the gist of the conversation. Later, you can listen again with the audio script.

2 Listening II
Listen again. Then, choose the correct answers. Scroll down to the bottom of the page for the answers. While doing this listening activity, you could pause the audio now and then so you can decide on the answers. 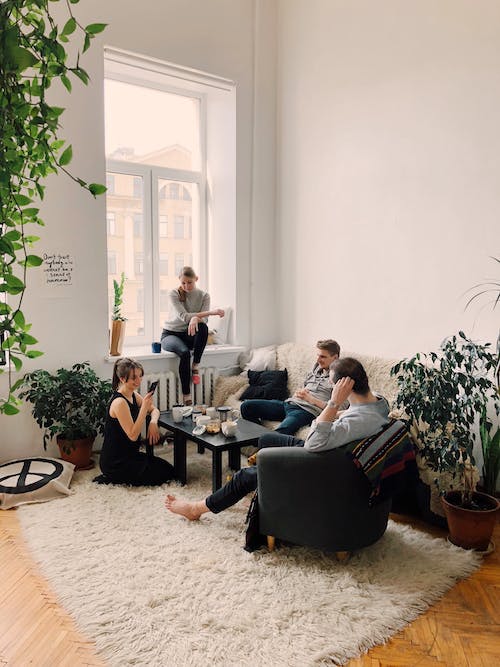 3 Listening III
Now listen while you read the script at the same time. This is really important as it will really help develop your listening skills as you see the relationship between the spoken and written words.

Audio script
MEETING SOMEONE
Steve: Hi, I’m Steve. You’re Ellie, aren’t you?
Ellie: Yes, that’s right. How’s it going? [They shake hands.]
Steve: Not too bad. You’re a friend of Sarah’s, aren’t you?
Ellie: Well, sort of – she’s a friend of a friend.
Steve: Oh, who’s that then?
Ellie: Jenny, my flatmate. She knows Sarah from way back.
Steve: I don’t think I’ve met Jenny.
Ellie: She’s that girl over there in the blue dress holding a bottle of beer.
Steve: Oh, right. So, do you two work together?
Ellie: Not exactly. I mean, we used to, but she changed jobs, so we aren’t in the same company any more.
Steve: Oh, right, so which company was that?
Ellie: Brooks Productions – it’s a film company. I’m in the finance department.
Steve: That’s interesting. Do you get to meet any famous people?
Ellie: Not really, although Martin Coolway passed through the other day.
Steve: Who?
Ellie: Yeah, exactly. I’d never heard of him either. So, what about you? What do you do?
Steve: I’m in accounting, but I do a bit of acting in my free time too.
Ellie: Oh, right.
Steve: We’re rehearsing for a play right now – The Importance of Being Earnest.
Ellie: Oh, Oscar Wilde. Very nice. Have you got a big part?
Steve: I’m Merriman – the butler.
Ellie: Great!
Steve: I was in a couple of films a few years ago too.
Ellie: Amazing. Anything I might have seen?
Steve: Not really. They were mostly local movies in Hong Kong – I was living there at the time. I got a few parts as an extra
in TV series and films.
Ellie: Interesting. My aunt lived there for a few years. It must have been amazing.
Steve: Oh, yes, it was. I was living on this island about 40 minutes from Hong Kong island. I had to get the ferry to work every day.
Ellie: Incredible. So, what did you do… [fades out]

This is a sample from our popular book, Practise English Conversation, check it out here