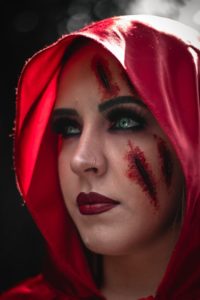 It’s that time of year for ghosts, witches, demons and vampires. That means its the time of year to discuss 7 things you probably didn’t know about Halloween!

But how much do you really know about the Halloween tradition?

Learn these seven things you probably didn’t know about Halloween and really impress your friends or teacher!

Afterwards, try our vocabulary game to see how many spooky words you can remember. Then, by the end of this lesson, you’ll be able to talk about Halloween perfectly!

Here are some interesting things about that spooky, scary festival Halloween (31st of October). Will you be celebrating? 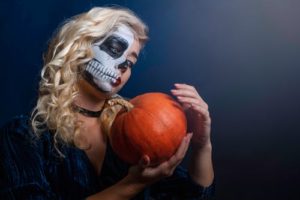 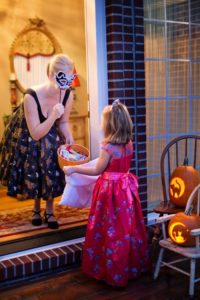 This means, give us a treat (usually some sweets), or we’ll play a trick on you. Most people give the sweets. 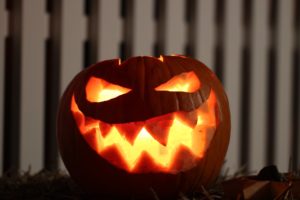 How much do you remember?

Now try our little game to see how much you remember about Halloween! Good luck!

2. What does “scary” mean? Can you think of another word for “scary” that begins with “s”?

3. What’s it called when children knock on people’s doors and ask for sweets? What do they typically say?

4. What’s the missing preposition from this expression: to play a trick _____ someone?

5. What’s the name of a house with ghosts in it?

6. What’s the name of the large, round, orange vegetable that’s typical at Halloween?

7. What’s the name of the object that consists of the vegetable from the previous question with a candle in it?

8. What’s the name of the game in which teams have to collect different things?

Here are the answers.

2. “Scary” means frightening. Another word that means the same is “spooky”.

4. The missing preposition is “on” = to play a trick on someone.

5. A house with ghosts in it is a haunted house.

6. The large, round, orange vegetable that’s typical at Halloween is a pumpkin.

7. A cut out pumpkin with a candle in it is known as a “Jack O’Lantern”. Literally, a lantern is an old type of light that you can hold.

8. The game in which teams have to collect different things is known as a “scavenger hunt”.

spooky adj frightening
scary adj frightening
to dress up phr vb to put on clothes so you look different
to play a trick on someone exp to do something “bad “ to someone as part of a joke
a haunted house n a house with ghosts/evil spirits in it
a pumpkin n a large, round orange vegetable
a scavenger n someone who collects things by looking amongst rubbish/ unwanted things
a basin of water n a large and deep bowl filled with water
sticky adj that can attach itself easily to other things
sugar syrup n a sweet liquid made by cooking sugar

To learn  and have an all round English level, so you can speak about business, travel, chat with friends, sports you need the Learn Hot English Complete method