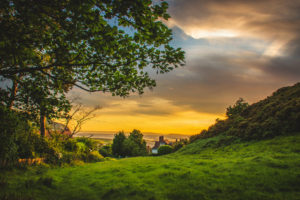 Do you want to improve your English listening skills? One way to do this is by listening to lots of different accents.

All forms of English are more or less the same, but in different English-speaking countries, there are variations in pronunciation and intonation.

So, it’s important to hear these different accents so you can become accustomed to the new sounds. In this lesson, we’ll help you learn English accents with some Welsh English. 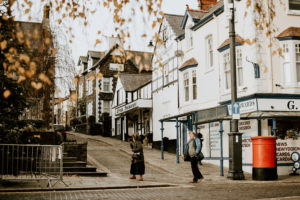 But first, a bit of information about Wales! Wales is a country just west of England. The capital is Cardiff (300,000 approximately people), and the population is about 3 million people. 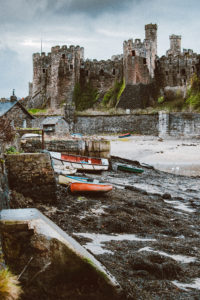 Wales is famous for its beautiful countryside with green hills, deep valleys and a coastline that covers approximately 1,300 kilometres. It’s also famous for its male-voice choirs, its sheep and Tom Jones. Incidentally, the Prince of Wales (Prince Charles) is not Welsh.

Famous people or groups from Wales

About 20% of the population in Wales speak Welsh, which is a Celtic language. Welsh is also spoken in a small colony in Patagonia, Argentina, which was inhabited by Welsh settlers in 1865. English is the predominant language in Wales. It is known as Welsh English, Anglo-Welsh or Wenglish.

Distinctive pitch differences, which makes Welsh-English speakers sound as if they are singing. It gives their speech a “sing-song” effect. They also have a tendency to rise at the end of statements, whereas in standard English, there is a falling tone. The vowels are a bit more elongated. A strong tendency to roll the “r”. This is known as the

Now sit back and listen to a real Welshman (William Reese) talk about Wales, the Welsh and the Welsh English accent.

CLICK HERE BELOW TO LISTEN TO SOME WELSH ENGLISH!

Well, I suppose the vowels are a bit more elongated, you know. We tend to dwell on the sound a bit more. Erm, what else is there? I suppose there’s the “u” sound. You know, if

Exactly, exactly. And we tend to roll our “r’s” a little bit as well. [OK.] Sort of like the Scottish. Er, “Did you see the marvellous rugby match the other day?”

Erm, well they tend to be the main differences, er, in terms of vowel sounds, but I think that the differences aside from the vowels then are with vocabulary. Well, we say “but”

“bayur” and “baythere”. Er, for example, if a bag is in a corner of a room, in standard English you would say, “The bag is there” or “The bag is here”; whereas in, in Welsh we would say, “It’s over bayur” or “over baythere”. [Oh, very interesting.] But could I just say that we don’t say “look you”.

The English tend to think that we say “look you” and, and that’s nonsense it’s simply not true. I blame Shakespeare because it’s in a Shakespeare play, you see, and he thinks that we all spoke like that and it’s just not true. Well, I, I suppose the accent itself is quite sing-songy, it’s quite up and down. Much like the Welsh themselves, you see. They’re never, they’re never sort of in the middle. They either, either go to the sort of top or the bottom. And the language itself reflects that, I think; whereas standard English is much flatter.