Crime books, crime films, crime TV series… Crime is a popular theme in entertainment. And it’s a great topic of conversation in English. So, just to help you, we’re going to teach you some really useful Crime vocabulary. This will include 7 really great words and expressions that you can use to talk about crime.

[see below for the video script]

Right, so, as you’re watching the Crime vocabulary conversation, I want you to answer this one simple question: How successful was Jenny´s hiking trip?

NOW WATCH THE CONVERSATION!
[see the script below]

Did you enjoy the Crime vocabulary conversation? Right. So how was Jenny´s hiking trip. It wasn’t very successful because a prisoner had escaped from a prison in the area, so she couldn’t do as much hiking as much as she wanted to do. Poor Jenny!

Now we´re going to look at some words and expressions from that conversation that you can learn and you should also use. OK?

A “prison” is the large building where they send you if you commit a crime and you´re convicted of that crime. For example, “They sent him to prison for 7 years.”

A “prisoner” is someone who is in prison who has been convicted of a crime and has to spend time in prison. For example, “The prisoner was released after 3 months.” 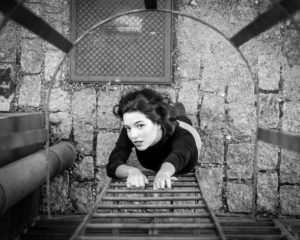 If a prisoner “escapes” from prison, he/she leaves the prison secretly. For example, “The prisoner escaped after just 3 months in the prison.”

4 To accuse someone of something

If you “accuse someone of” a crime, you say that person has committed the crime. For example, “She was accused of stealing the money.”

“Assault” is the crime of physically hurting someone or being violent to someone. So you can use it as a verb or a noun. For example, “He was sent to prison for assaulting the police officer.”

“Drug trafficking” is the crime of making, distributing and selling illegal drugs. For example, “He was accused of drug trafficking.” 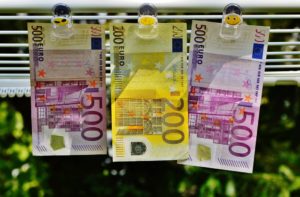 So there you have 7 words and expressions for talking about crime that you can use right now!

Now, let’s try a little exercise. And then you can read the script and watch the video at the same time.

Try our little language quiz on Crime vocabulary  to see how much you can remember. [answers below]

Jenny: [fades in] I had something… it wasn´t exactly the same, but do you remember like a few months ago when I went on that hiking trip?

Archie: Right, yeah it was really cool you said.

J: Yeah, but I got to the hotel and there were all these police officers in like the reception area, like fifty of them.

J: Yeah, that’s what I thought! Oh, it’s like a police conference or something. No, it turns out, up the road from the hotel is the prison, and one of the prisoners escaped and he was this really dangerous guy. He was accused of assault and drug trafficking and Money laundering, like a real criminal.

J: No, and so all the police were searching like the whole forest area for this guy, and in the end, we only got to go on one hike because they advised us not to go into the forest [Surprised you went on any hike.] because this dangerous guy was there. So, OK I’ll forgive you for being late this time.

I would be a real crime if I didn’t ell you about our fantastic magazine for Learning Real English, Learn Hot English magazine! Buy 12 copies here in digital or paper fomat and get serious about improving your English