50 useful English Slang expressions for a big night out!

Slang is an important part of English. English Slang expressions are used a lot in native-speaker conversations, and appears in films, songs and TV shows.

If you “can’t be bothered” to do something, you don’t want to do it, often because you don’t have the energy or you’re feeling lazy.

“I can’t be bothered to go into town – let’s just go to the pub round the corner.” 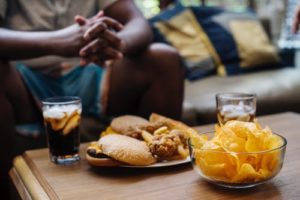 A short sleep, often in the afternoon. 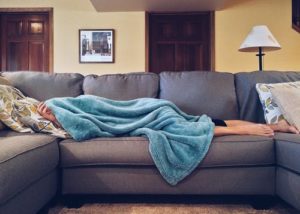 “I think I’ll have a nap before we head out.”

To get dolled up

To put on nice clothes for a special occasion (usually for women).

“I’m going to get dolled up for the party.”

To put your face on

To put make-up on (usually for women).

To have some drinks at home before going to a club or pub (often as a way of saving money!). Also, “to pre-drink”.

“Let’s have a few pre-drinks before going out!”

If you can’t “make it” somewhere, you aren’t able to go there.

“Thanks for the invite, but I don’t think I can make it as I’ve got a conference to go to the next day.”

A sight for sore eyes

People often use this expression when they meet up with someone they haven’t seen for a long time.

“You’re a sight for sore eyes! Last time I saw you was at Brad’s wedding.”

People often use these expressions to say that they’d never do the thing they’re talking about. It’s a way of emphasising what you want to say.

“You must be mad if you think I’m going to drink that”, which means, “I’d never drink that!”

If you “hang out” with people, you spend time with them, chatting, drinking, socialising, etc. 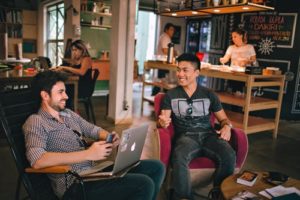 “We’re going to hang out with Jamie and Harriet before going to the party if you fancy coming along.”

To take a chill pill /to chill out

If you tell someone to “chill out “, you’re telling them to relax and be calm.

If you’re “gutted” about something, you’re unhappy and disappointed about it. 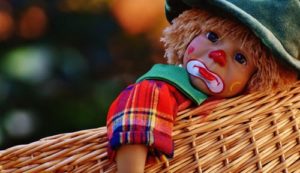 “I’m gutted they cancelled the concert. I was really looking forward to it.”

To be really hungry.
“I hope the food comes soon. I’m starving.”

To eat a horse

If say you could “eat a horse”, you’re saying that you’re really hungry.
“Let’s order now. I’m so hungry I could eat a horse.”

If someone “scoffs” food, they eat all of it very quickly. 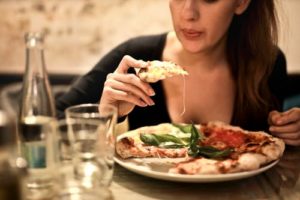 A: I didn’t get any of the starters.
B: That’s ‘cos Bryan scoffed them all.

“You must have been hungry. You wolfed that pizza down in seconds!”

If you’re “stuffed”, you feel full because you’ve eaten too much. 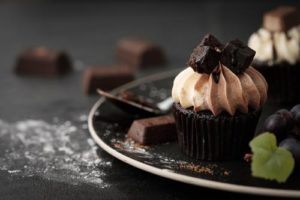 “I never should have had that dessert. I’m stuffed.”

To divide a bill equally between the people who are there. For example, if there are two people, each pays 50% of the bill.
“Let’s go Dutch!”

To do a runner

To leave a bar or restaurant without paying the bill. 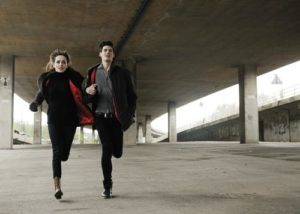 “Quick, the waiter isn’t looking! Let’s do a runner!”

An amount of money that everyone contributes to and that is used to pay for drinks, etc.
“Everybody has to put ten euros into the kitty.”

To spend a lot of money, often in order to celebrate something.
“Let’s get a bottle of champagne. I feel like splashing out.”

To down in one

To drink all the contents of a glass without stopping or pausing. 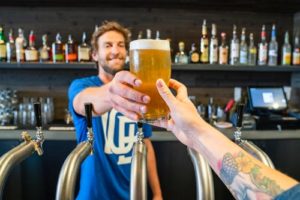 “Look, everyone! I’m going to down this pint of beer in one.”

If something “hits the spot”, it’s perfect for you.

To be very drunk

“He can’t even stand up. He’s wasted!”
Note: In Britain “to be pissed” means to be drunk, but in the USA it means “to be angry”.

To have had one too many

If you say that someone has had “one too many”, you’re saying that they’ve had too much alcohol. The “one” refers to a glass of beer / wine / whisky, etc.
“You should go home. I think you’ve had one too many.”

To get the drinks in

To buy drinks for everyone in the group you’re with.

“I think it’s my turn to get the drinks in. What are you having?”

A “round” of drinks is a selection of drinks for everyone in the group you’re with.
“I’ll get this round! / It’s my round!”

If you say that someone is “tight”, you’re saying that they never spend money.
“He never gets anyone else a drink. He’s just so tight.”

To split the cost

House-warming party / house-warming
A party someone has soon after moving into a new house/flat.
“We moved in last Thursday, and we’re having the housewarming party on Saturday night if you want to come along.”

To go to a party you weren’t invited to.
“They gatecrashed a party in the town centre.”

If something “rocks”, it’s great / fantastic.
“This party rocks!”

To be great / fantastic.
“The party was awesome!”

If something is “lame” or if it “sucks”, it’s terrible.
“This party is totally lame!”

If you tell A to “check something (or someone) out”, you’re telling A to look at that thing or person.
“Check out that guy on the dance floor – he’s really cute.”

This word is used to refer to attractive people in general.
A: Shall we go?
B: No way! There’s loads of talent here.

To be on the pull

If someone is “on the pull”, they’re looking for “romance”.
“Mark split up with his girlfriend last week so I think he’s on the pull.” 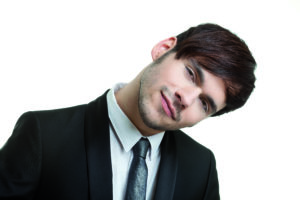 “Wow! That guy over there is really fit!”

To chat someone up

To talk to someone in a playful, fun way because you think they’re attractive.

“I think that girl was trying to chat me up!”

To be in luck

If you’re “in luck”, someone seems to be interested in you.
“I think I’m in luck – he asked for my phone number.”

To kiss someone intimately and for a long time.
“They were snogging.”

To find someone attractive.
“I really fancy him. I think he’s gorgeous!”

To hit the road / to get going / to get moving / to make tracks
To leave a place / to go home
“I think I’m going to hit the road. I’ve got to get up early tomorrow.”

To have a blast

If you “have a blast”, you have a great time.

“I had a blast last night! Let’s do it again sometime!”

To hit the sack / hay

To go to bed
“I can’t wait to get home and hit the sack.”

If you “share a cab” with someone who is going in the same direction as you, you both take the same taxi and divide the cost.
“I don’t fancy walking home. Why don’t we share a cab?”

Not remember a thing

To face the music

To deal with the consequences of something bad that you’ve done.
“I got drunk and swore at my boss last night. On Monday I’ll have to face the music.”

To take it easy

To relax.
“I’ve got a terrible hangover. I think I’m gonna go and lie down and take it easy.”

We hope you enjoyed our article on English Slang expressions, there is lots more Slang to learn in Learn Hot English magazine