I’m sure your friends and family are all lovely people – people you enjoy being with, people you trust, and people you would help you in your time of need. But not everyone in our lives is always so nice. Read on to learn about describing people in English who aren’t very nice.

Maybe there’s a nasty uncle who is always in a bad mood. Or a work colleague who will do anything to make you look bad at work. Or an acquaintance who talks badly about everyone behind their backs, including you!

Native speakers use idiomatic expressions all the time when speaking and writing, so it’s important that you can understand them. This lesson will help you learn 7 expressions for describing people who aren’t very nice!

CLICK HERE (OR BELOW) TO LISTEN TO THE WORDS AND EXPRESSIONS FROM THIS LESSON SO YOU CAN IMPROVE YOUR PRONUNCIATION AND LISTENING SKILLS!

1 Be as slippery as an eel

Someone who is as “slippery as an eel” is dishonest and cannot be trusted.

“I wouldn’t invest any money in his business – he’s as slippery as an eel.” 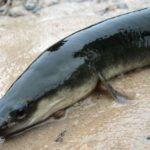 2 Be a nasty piece of work

Someone who is a “nasty piece of work” is a very disagreeable and horrible person.

A: I heard that Sharky pushed Jim down the stairs.

B: Yeah, I can believe that. He’s a nasty piece of work.

3 Not put it past someone

A: I heard that Dolly stole some money from her friends. Do you think it’s true?

B: I wouldn’t put it past her.

To be a very annoying person.

“She’s always borrowing my clothes – she’s a real pain in the neck.”

5 That’s somebody all over

This is what you say if someone does something bad, and you believe that it’s

typical of that person.

A: During the trip to the mountains, Shelly drank all the water herself and didn’t offer it to any of the other walkers.

B: That’s Shelly all over.

6 Be as hard as nails

If someone is “as hard as nails”, they don’t have any feelings.

“She’ll do quite well as a saleswoman – she’s as hard as nails.”

7 A wolf in sheep’s clothing 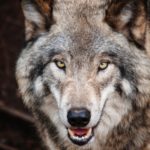 Someone who pretends to be nice, but who is really rather nasty deep down.

“He comes across as really nice but he’s really a wolf in sheep’s clothing.”