Learn about Jazz and music in English

Jazz is one of most influential music styles in the world; and it started in the U.S.

In this short video lesson on U.S. culture, you’ll find out about the origins of jazz, and learn about some famous jazz musicians.

You’ll also learn some useful words for talking about this topic. After watching the video, try the little quiz below to see how much you can remember.

A music “genre” is a style of music: pop, rock, classical, opera, jazz…

A “musician” is someone who plays a musical instrument or who composes music as a profession.

A brass instrument with a narrow tube that you blow into to produce a sound. 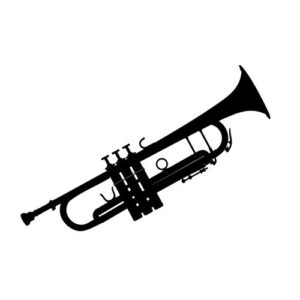 If you “inspire” someone, you give them new ideas, or make them feel positive.

A “songwriter” is someone who writes the words or the music (or both) for songs.

A “drummer” is musician who plays the percussion instrument known as the drums.

A “conductor” guides, leads, directs and manages an orchestra or band, often using a baton (a thin stick).

An “award” is a prize for someone who has done something very good. For example, an Oscar is an award for acting.

If you “improvise” while playing music, you play what you want, inventing things spontaneously, and not following any written music.

If something is “unpredictable”, it’s difficult to know what’s going to happen.

A “rising artist” is a musician who is becoming more and more famous or popular.

A “conservatory” is a type of school where they teach students about music.

Do you receive English classes in your company? Learn Hot English students get all of our fantastic materials within structured courses along with a dynamic, native English teacher. Why not ask us for a quote for online language classes today? Contact business@learnhotenglish.com or call 0034-914217886

You’re going to watch a video with someone talking about jazz. Watch it once and answer the questions. [answers below]

Hello, my name is Victoria, and I will be talking about music. Let’s talk about Jazz.

The history of this amazing style is worth talking about because it is still very popular today. One of the most interesting aspects of jazz music is that the musicians tend to improvise a lot. This makes Jazz an unpredictable genre that always has something new to offer.

Many people argue that jazz was invented in the late 19th century in the south of the United States, specifically in the state of Louisiana.

Famous Jazz musicians include, of course, Louis Armstrong, who was a singer and also a trumpet player, another famous jazz singer was Ella Fitzgerald.

Jazz has never ceased to exist. Norah Jones is a great example to prove this; she was named one of the best jazz artists of the 2000’s and she continues to make music today. Outside of the U.S. other artists enjoy not only listening to jazz but also playing it.

Jazz has traveled all around the world and is, without a doubt, one of the best things that originated from the U.S. and it continues to inspire musicians all over the world. Chinese-Icelandic singer and songwriter, Laufey Lin is a rising artist who has come up with a very original take on jazz; her songs have a more modern sound and what she sings about has to do with modern topics such as everyday life and social media.

There have been some movies about jazz. A recent movie is called Whiplash. This is a movie starring Miles Teller, about a young jazz drummer named Andrew, who attends a conservatory in New York City. There he meets the best jazz conductor, Terence Fletcher. This movie won several awards such as the Academy Award for best supporting actor (J.K. Simmons was given this award).