Learn English slang with us. In this class you’ll learn some more rude words in English from street, road and place names. This is the second part in this series.  Part 1, in case you missed, it is here: https://learnhotenglish.com/learn-some-rude-words-in-english-part-1/

Remember, for lots of great English class materials and a FREE gift, visit our homepage: www.learnhotenglish.com

How many rude words do you know in English? Learning them is useful as they’re often used in conversations. So, this will help with your listening skills. Funnily enough, many street, road and place names in English-speaking countries have obscene names in them. Let’s look at a few of them!

Pratts Bottom is a village in Kent, England. As you probably know, a “bottom” is the part of your body that you sit on. And a “prat” is a British slang term to refer to someone who you think is an idiot.

Weiner Cutoff is a road in Arizona. Traditionally, a weiner (also spelt “wiener”) is a type of German sausage from Vienna, Austria (in German, “wiener” means “of Vienna). However, a “weiner” is also an American slang term for a man’s private part.
“He showed the doctor his weiner.” 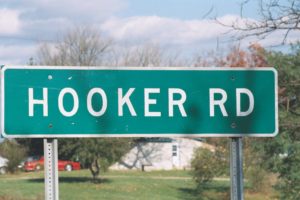 Hooker Road is a street in Norwich, England. Literally, a “hook” is a piece of curved metal for hanging things on. However, a “hooker” is also a US slang term for a prostitute.

“There were some hookers in the club!” 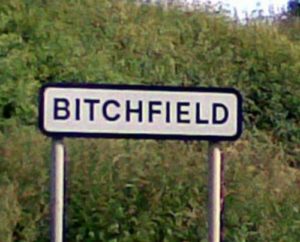 Bitchfield is a small village in the county of Lincolnshire, England. Literally, a “bitch” is a female dog. However, it’s also an offensive term that can be used to refer to a person you don’t like (usually a woman).

“That bitch never paid me!”

Butt Street is a road in Erie, Pennsylvania (USA). Literally, a “butt” can be the end part of a cigarette. However, it’s also an American slang term for the part of your body that you sit on. 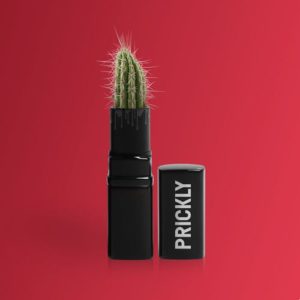 Prickwillow is a village in Cambridgeshire, England. Literally, if something “pricks” you (such as a cactus), it makes a small hole in your skin. However, a “prick” is also a slang term for a man’s private part, as well as being an insult for a man who you think is irritating or stupid.
“He’s such a prick!” 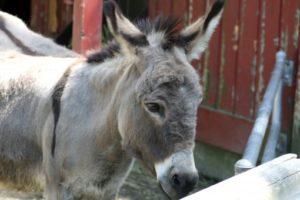 Jackass Lane is a street in the village of Keston in Greater London. Literally, a “jackass” is a male donkey or ass. However, it’s also an American slang term for a person you think is an idiot. Specifically, “ass” is a slang term for the part of your body you sit on:
“Get lost, jackass!”

Titty Ho is a street in Northamptonshire, England. “Tits” is a slang term for a woman’s breasts. And a “ho” is a US slang term for a prostitute. This word comes from the term “whore”, which also means prostitute.
“Do my tits look big in this T-shirt?”

Learn English slang with us, why not get a 1, 6 or 12 month subscription to our monthly magazine, Learn Hot English