Tell jokes and funny stories in English – the present simple 3

In this class, you will learn how to use the PRESENT SIMPLE tense for telling jokes and funny stories in English.

We can use the Present Simple to tell a story:

Two white goats are on a large tree trunk over a mountain pass. They both want to go to the other side – opposite to the opposing sides they are currently on. However, neither one wants to let the other one pass. After a few minutes, they lock their large ivory-colored horns and fight. During the fight, they both fall down tragically and die. Neither of them ended up on the side if the mountain pass – or life – they had wished.

Moral: It’s better to yield than to come to misfortune.

We can also use the Present Simple to say what happens in a film. For example :

I saw a great film last night. It’s about a wonderful woman who lives in Vancouver with her husband, Brandon and two children, Sean and Drew. She works in a bank in Vancouver, but she isn’t very rich, and she has lots of debts. One day, she decides to rob the bank. But things don’t go as planned.

We often use the Present Simple to tell jokes. For example :

A grasshopper walks into a bar and orders a pint of beer. 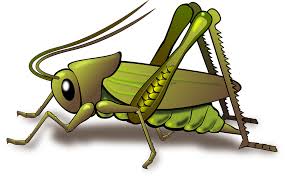 Most forms in the Present Simple are the same: I play, you play, we play, they play… HOWEVER, you need to remember the third person “s” with he / she / it:
• She lives in New York.
• He works at the hospital.